In the second quarter of 2003, the 6.0L Powerstroke replaced the 7.3L and lasted until 2009. The earlier models are known to have a bad reputation. Luckily, this engine was upgraded over time, and the 2005-2007 models have fared much better.

The 2005-2007 models have fewer engine failures since there are no emissions controls, and if well taken care of, this engine can be very durable. You can purchase a 6.0L Powerstroke for a reasonable price, and with the right modifications to the engine, it can last some time. 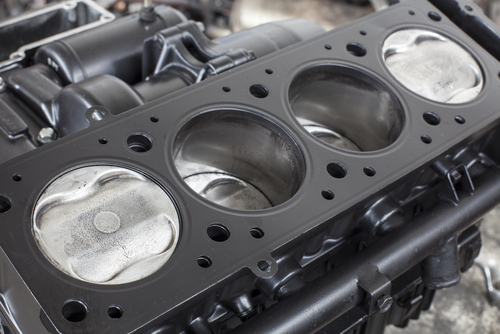 The 6.0L Powerstroke is known for good fuel economy, with 19 to 20 MPG average on the highway.

Although the 2005-2007 models of the 6.0L Powerstroke engine have improved, there are still some common problems that need attention. If you are willing to put some work into the head gasket, EGR, ICP and IPR sensors and FICM, you can transform this Powerstroke into a reliable engine.

It is one of the cleanest engines Ford has to offer and, in comparison to previous generations, has significantly reduced fuel economy. It has advanced multi-shot piezo electric fuel injection control, OHV 4-valve, a high-pressure common rail fuel injection system and compound VGT turbo.

The 6.4L Powerstroke can get around 18 to 19 MPG when driven on the highway. This engine’s main downfall is that if the engine does fail, it can be complicated and expensive to fix.

This reliable engine remains stable when pulling heavy loads, making it a great Powerstroke engine for work. It has improved fuel supply pressure and easier serviceability, thanks to its electric lift pump and factory intercooler. This engine is geared toward heavy-duty diesel trucks, and when it was created, it started a war on horsepower and payload numbers that still endures today.

The first of the Powerstroke engines, it was introduced to the market in 1994, and with over 1.7 million engines produced, finding parts is not a challenge. The 7.3L Powerstroke is commonly referred to as one of the most reliable engines built for both trucks and cars. If taken care of properly, this engine will last a long time, so if you are looking for reliability and not a truckload of power, this engine is the right fit.

Ford had to stop production of these engines in 2003 because of new emissions standards, which is why it was replaced by the 6.0L. Throughout its production, it has always had a fixed geometry Garret turbocharger with a 60 mm compressor wheel. This leads to a lack of responsiveness at very low RPMs, but it is very reliable. 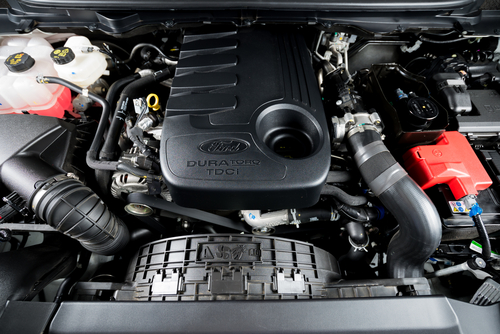 This V8 engine is electronically controlled with direct injection. The 1994-1997 engines utilize single-shot HEUI fuel injectors and an HPOP or high-pressure oil pump. If driven economically, this engine can get around 16 to 17 MPG. Although the 7.3L is commonly referred to as one of the best powerstrokes, it does have a few issues, just like any engine.

One of the biggest issues is the turbocharger up-pipes can leak primarily from the joints, causing the engine to lose power. The other small downfall is occasional problems with the camshaft position, which can cause the truck to shut off mid-operation or cause a no-start condition.