Owners of diesel-powered engines appreciate their vehicle’s longevity and minimal maintenance. Diesel engines have long been the top choice for those seeking lots of power, high mileage and few issues. But even diesels can run into trouble sometimes, especially if you typically drive short distances at very low speeds where systems like the EGR cooler don’t get fully used.

In these circumstances, it is not uncommon to encounter problems with the vehicle’s EGR system. It’s an important system to watch, especially in states with strict emissions laws.

Luckily there’s a lot you can learn and do from home to keep everything running smoothly before taking your vehicle into the shop for costly diagnostics and repairs.

What does the EGR system do?

EGR stands for exhaust gas recirculation. The EGR system is responsible for decreasing air pollution coming from your vehicle’s exhaust. The fumes coming from your tailpipe are a direct result of the engine’s combustion. Combustion is a necessary component of a functioning engine but produces some unwanted waste, namely nitrogen oxide (NOx) and hydrocarbons.

Nitrogen oxide causes smog when it reacts with sunlight. And although diesels tend to produce cleaner exhaust than gas engines, the sheer number of vehicles on the road coupled with cramped cities means that NOx levels can really add up.

As the name suggests, the EGR system recirculates exhaust back into the intake stream where it mixes with clean outside air. It’s not quite a direct path.

The exhaust air is first channeled through a control valve into an EGR cooler. Early versions of the system used vacuums to control the valve, but modern systems are operated by motors and solenoids. The cooler dissipates the exhaust’s heat using one of a few methods: ambient air, low temperature liquid or engine coolant. The valve electronically monitors how much exhaust can enter the system.

From there, the exhaust gas proceeds to the throttle valve assembly where it mixes with fresh air. This mixture of exhaust and air flows from the intake manifold into the engine. 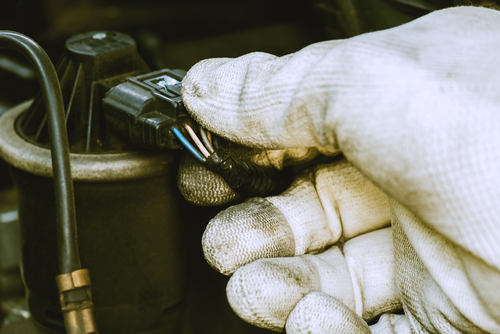 What are symptoms of a malfunctioning system?

Decreased engine performance is one of the first things people notice when there’s an EGR problem.

Rough idling can be a sign of many different problems, including issues within this system. It is  caused when the valve gets stuck in the open position and exhaust gets continuously pumped into the loop. The valve shouldn’t be open at low speeds when the engine is cold.

Engine misfiring is a sign of serious EGR problems. If you add exhaust gas, which is lower in oxygen, to the intake, the combustion temperature decreases. However, when the oxygen is reduced too much for an extended period, the engine begins to have trouble with its normal combustion. Engine misfiring means the air-to-fuel ratio has been incorrect for a while and the engine is stressed.

An overheated engine results when the EGR valve is no longer able to open, causing it to lose the cooling effect of adding exhaust gases. Over time, the increased heat degrades oil and leads to bearing failure in the turbocharger. 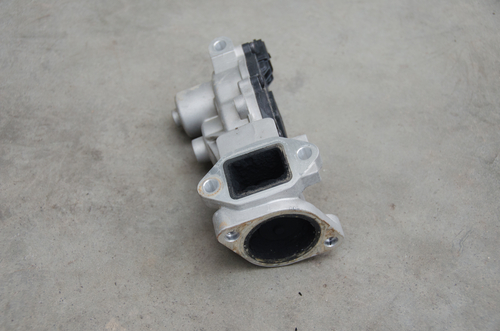 Built-up carbon is a common cause of problems within the EGR system. Filters within the cooler can become clogged, causing the recirculated air to become increasingly dirty. Visually inspect the hoses and other components for sludge and build-up. You can use EGR or carburetor cleaner to clean the inside of clogged valves and hoses. Valves that have fused or gummed shut can cause catastrophic engine failure.

The EGR system consists of several moving parts, so mechanical wear is also a concern. Valves can get worn outside of their normal tolerances, hoses can become cracked or nicked and leaks can develop anywhere in the system.

Electronically controlled components of the system could malfunction due to electrical problems. Sensors, at times, can also fail. Both would be difficult to diagnose at home without specialized equipment, though some vehicles are equipped to share diagnostic codes without such equipment.