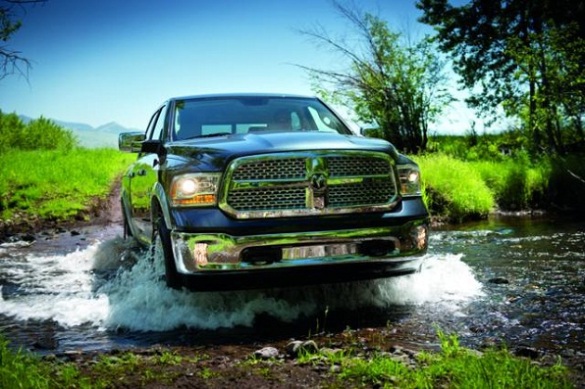 As winter thaws out and spring starts to bloom, the pickup truck sales begin to blossom as well. It’s prime time to pick up a truck on special before the demand maxes out for the summer months.

Ford F-Series sold 63,387 vehicles in April 2014, according to Pickup News. It’s increased its sales over the past year slightly, thanks to improved fuel efficiency and plenty of useful standard features whether you’re taking the truck offroad or going around a construction site. This well known truck series remains in the lead due to quality and dependability. Ford’s truck sales growth will likely continue when the 2015 models hit the market.

Chevrolet Silverado is the second best selling truck, with 42,755â€‹ vehicles sold during the month. Like the Ford F-Series, it sees a slight uptick in sales over the past April and enjoys steady sales due to the truck’s reputation and the popularity of the new models.

The Ram Truck line pulls in at third with 36,674â€‹ vehicles sold. Ram is heavily focused on selling their full sized truck lines, so the models are sporting plenty of features to keep it competitive with the market leaders, while also keeping them affordable for the mass market.