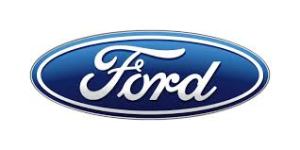 However, Ford can still boast being the largest supplier of Ford continues to be the number one supplier of HD pickup trucks around the globe. This may come as no surprise as the Ford F-250 is continually the most popular car sold in America, the largest auto market in the world.

Ford has came on top another year for the most Heavy Duty Pickups sold for another year. According to pickuptrucks.com, Ford edged out General Motors by just under 8,000 trucks. Ford sold 119,338, GM sold 111,555, and Ram sold 77,583 HD trucks.